Hanauma Bay is easily the most popular location for snorkeling on the island of O’ahu. While sunning on the beach, in between snorkeling in the turquoise water, you may notice people walking along the ridge that surrounds the bay. That’s because there is a trail up there!

From the first time we visited Hanauma Bay, we wondered if there was a marked trail on the ridge and if so, how people were accessing it.

Personally, if there is one location on O’ahu that I can go for an amazing hike AND THEN jump in the ocean to snorkel, this just rocketed into my top ten favorite places on the island!

NOTE: As of January 5, 2022- Stay up to date on Oahu’s travel guidelines here. Furthermore, consult the Hawaii Travel Requirements website before you plan your trip to any Hawaiian island.

Disclaimer: This post may contain affiliate links, which means I may earn a commission (at no extra charge to you) if you make a purchase after clicking my link.

Averaging 3,000 visitors per day, the bay is rated in the top five most visited locations in O’ahu. Although, snorkeling the bay is a must-do on any Hawai’i itinerary, hiking this trail is an excellent way to witness the reefs and ridges from a contrasting perspective.

TIP: Hanauma Bay is closed EVERY Tuesday to give the reef and marine life a breather.

The bay is open to the public from 6AM to 7PM. We recommend visiting the bay early (before 8AM) or late (after 4PM) to avoid the crowds.

The reef is a delicate ecosystem. It’s very important that if you choose to snorkel while you are visiting Hanauma Bay to bring reef-safe sunscreen and DO NOT step on the coral (even if it looks like rock!).

How to Get There

Round trip shuttle transportation is available at many Waikiki hotels. Although, driving yourself is an easy 20 to 30 minute drive from Waikiki. If driving, you’ll have a better chance of finding a parking spot during the early and late hours.

However, when hiking the ridge trail, parking at Hanauma Bay is not required. Other options include street parking in neighboring residential areas such as Nawiliwili Street and Kalalau Street. If you’re up for a longer walk, Koko Marina also has available parking.

TIP: Parking at Hanauma Bay is $1 per vehicle.

When we began the Hanauma Bay Ridge Trail at 7AM, we drove to the Hanauma Bay Parking lot and, as indicated by the map below, we parked in the back lot (where the red pin is). Then, we proceeded to walk up the short staircase to Hanauma Bay Road and crossed over the metal gates to begin the trail (where the green hiker is).

Other hikers have mentioned that they were stopped by Hanauma Bay staff from entering the trail via the Hanauma Bay Parking lot, however, we did not have this problem. Even though the trail is open to the public, it is located on privately owned land.

Hanauma Bay Ridge Trail is one of the most rewarding hikes on the island. From start to finish, there are 360 degree views of Hawaii Kai, Koko Crater, and Hanauma Bay.

As I mentioned above, regarding the parking map, we found a spot easily at 7AM in the Hanauma Bay Parking lot and walked up the nearby staircase to the trail head.

The beginning of the hike is paved and effortless to navigate. Almost immediately, the trail becomes a fairly steep climb. There are plenty of places to stop and marvel at the bay and the city on the other side as you traverse the ridge.

Hanauma Bay Ridge Trail’s much more frequented neighbor, Koko Crater, is visible from the top of the trail. If you squint, you can make out the Koko stairs and the folks climbing up it!

TIP: There is no shade and even in fall or winter months, Hawai’i is HOT! Bring lots of water, sunscreen, a hat, and a small umbrella in case it rains.

Usually, we carry our trekking poles with us to every hike. But, because we believed the trail to be paved (and most of it is), we didn’t think we would need them. However, if you wish to continue the loop and walk to the edge of the ridge, I would suggest sturdy shoes and trekking poles!

Click here to read more about the hiking essentials you need before you hit the trail!

We took a left at the fork near the fenced area with cell phone towers and other equipment. Then, we began a slow downward climb as the trail turned into dirt and rock. I drew on the map below to indicate the exact route we followed along this trail.

TIP: We, occasionally, like to use Open Street Map for navigating hikes. If you’d like to see this map closer up, check out the link here.

Going down at this part of the trail wasn’t too challenging. There wasn’t loose gravel to slip on and the porous rock made it easier to find pits to steady your footing in.

Many people don’t realize that when following this part of the trail that loops beside the ocean, you’re actually walking on Koko Head. There is a difference between Koko Head and Koko Crater, you can read more about it here.

Reaching the curve to the mouth of Hanauma Bay was my favorite! To our left was the bay, in front of us was Koko Crater and Palea Point, and to the right was open ocean. Talk about incredible panorama views!

We lingered at this spot for quite some time. We sat on the cliffs and watched the waves crash against the rocks. Although we passed many other hikers along the paved portion of the trail, we only spotted two other couples while we were on the loop.

TIP: The winds can be extremely strong! Be cautious when exploring the cliff side and DO NOT try to climb down to the water, as the waves are unpredictable.

In retrospect, I am immensely thankful this is the portion of the loop that we chose to ascend. It was much steeper, especially toward the top, and there was quite a bit of loose rocks. I’m already a Nervous Nelly when it comes to heights and I’m glad I wasn’t looking down while I was on this leg of the trek!

For little to moderate effort, incredible views of some of the best features of O’ahu await! Have you ever hiked Hanauma Bay Ridge Trail? What are your favorite hikes on O’ahu? Let me know in the comments below!

Did you enjoy this read? Please share! Pin for later! 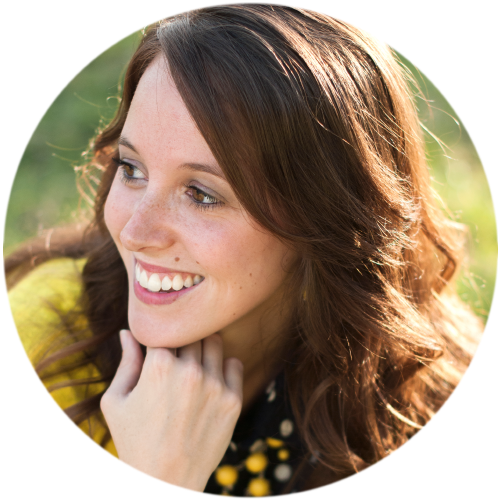 Breannahttps://thegoldenhouradventurer.com
Howdy! I’m Breanna and I’m intensely passionate about creativity, outdoor exploration, and food! My goal is to inspire you to embrace your adventurous side and experience the joy of God’s earth through my lens. 🙂

Why You Should Visit Biltmore Estate in the Fall 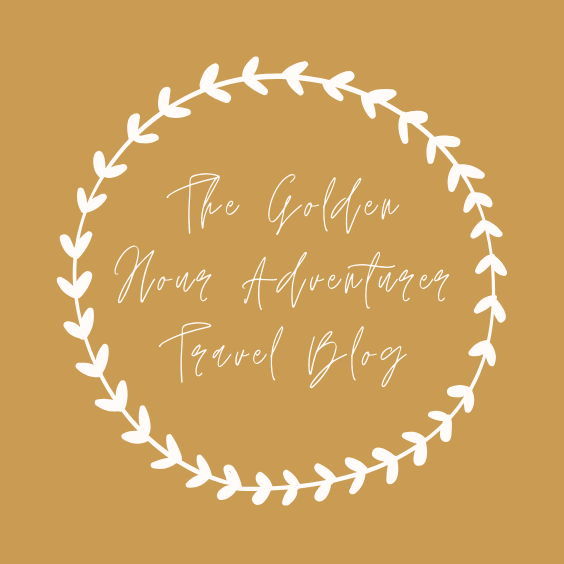 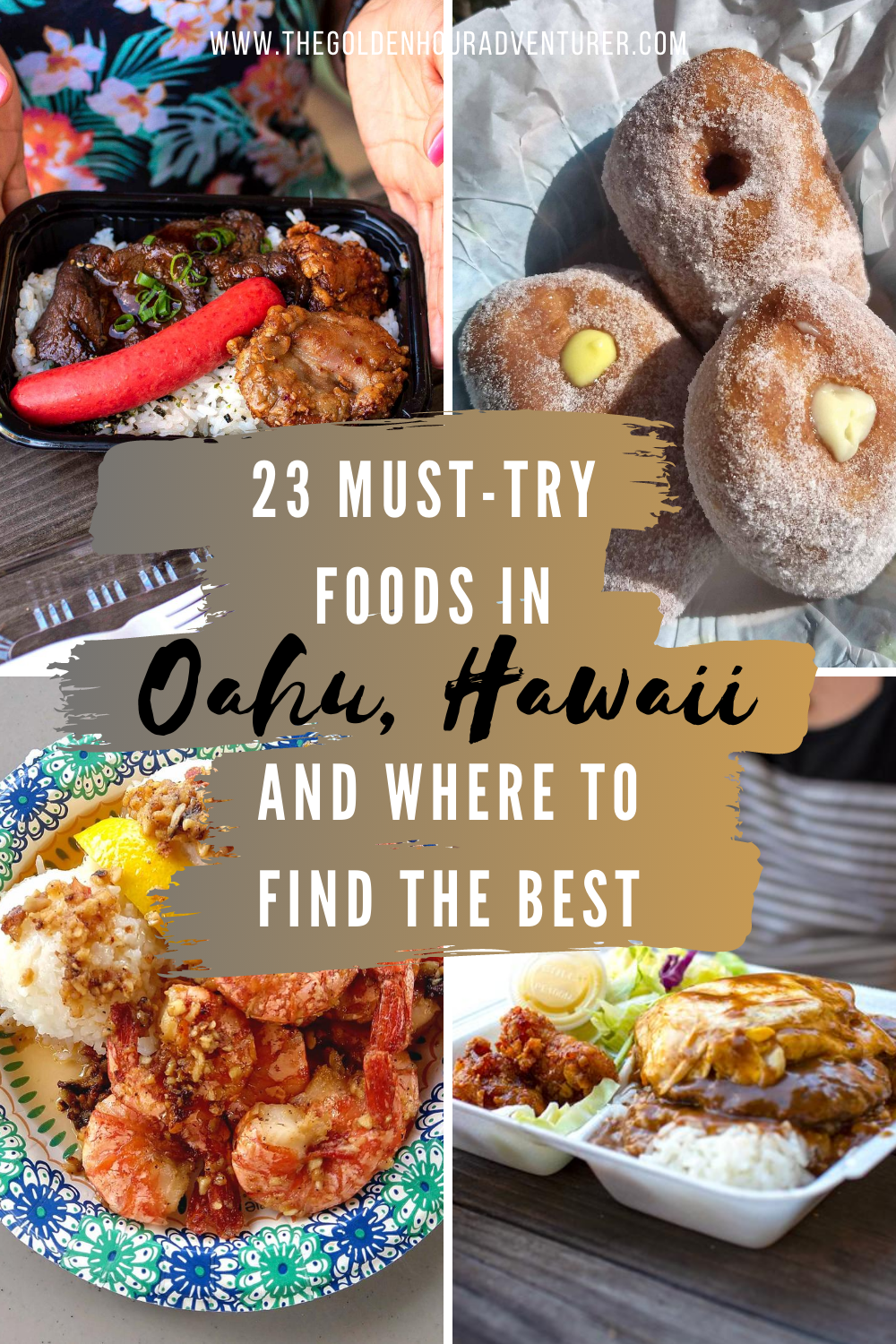 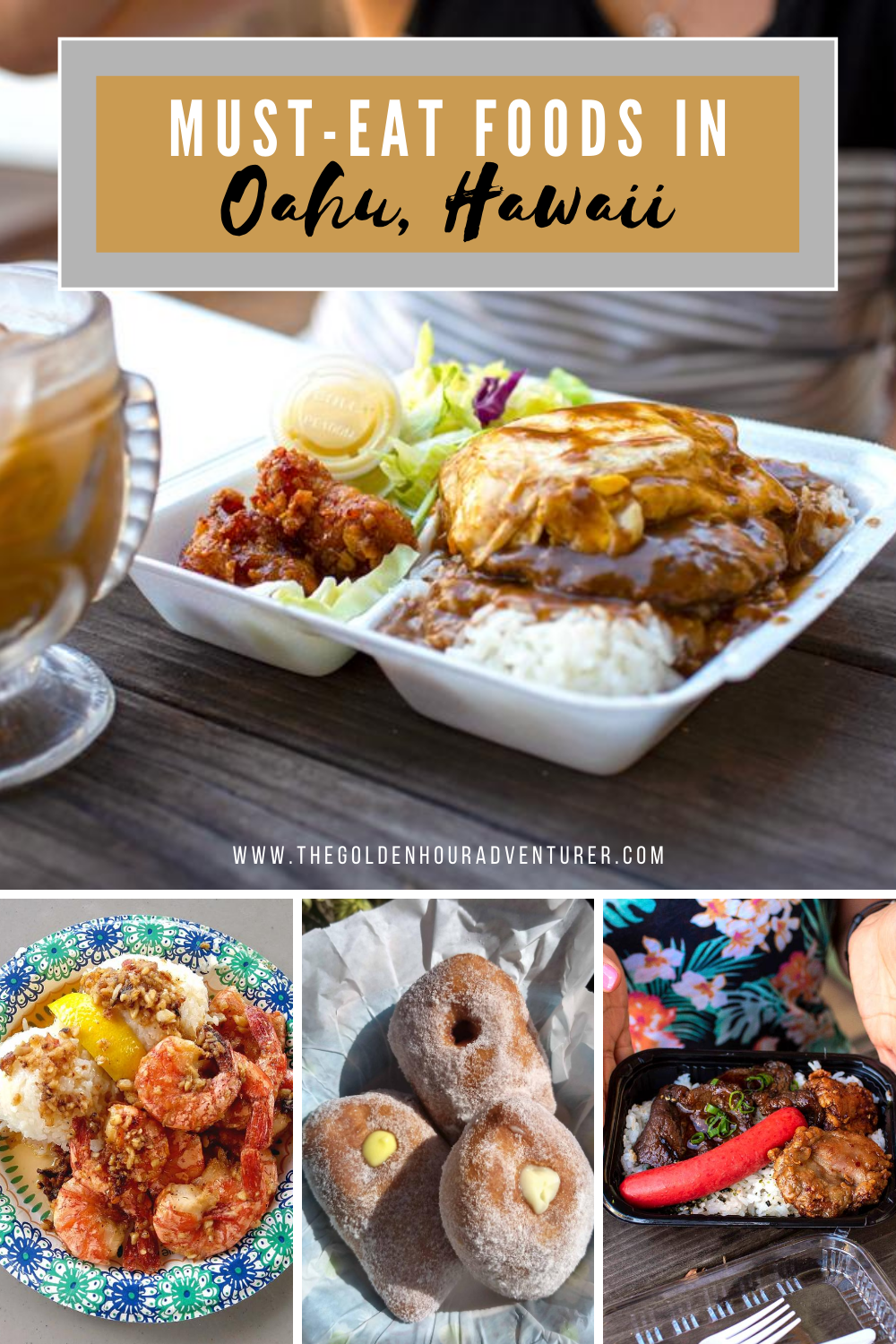 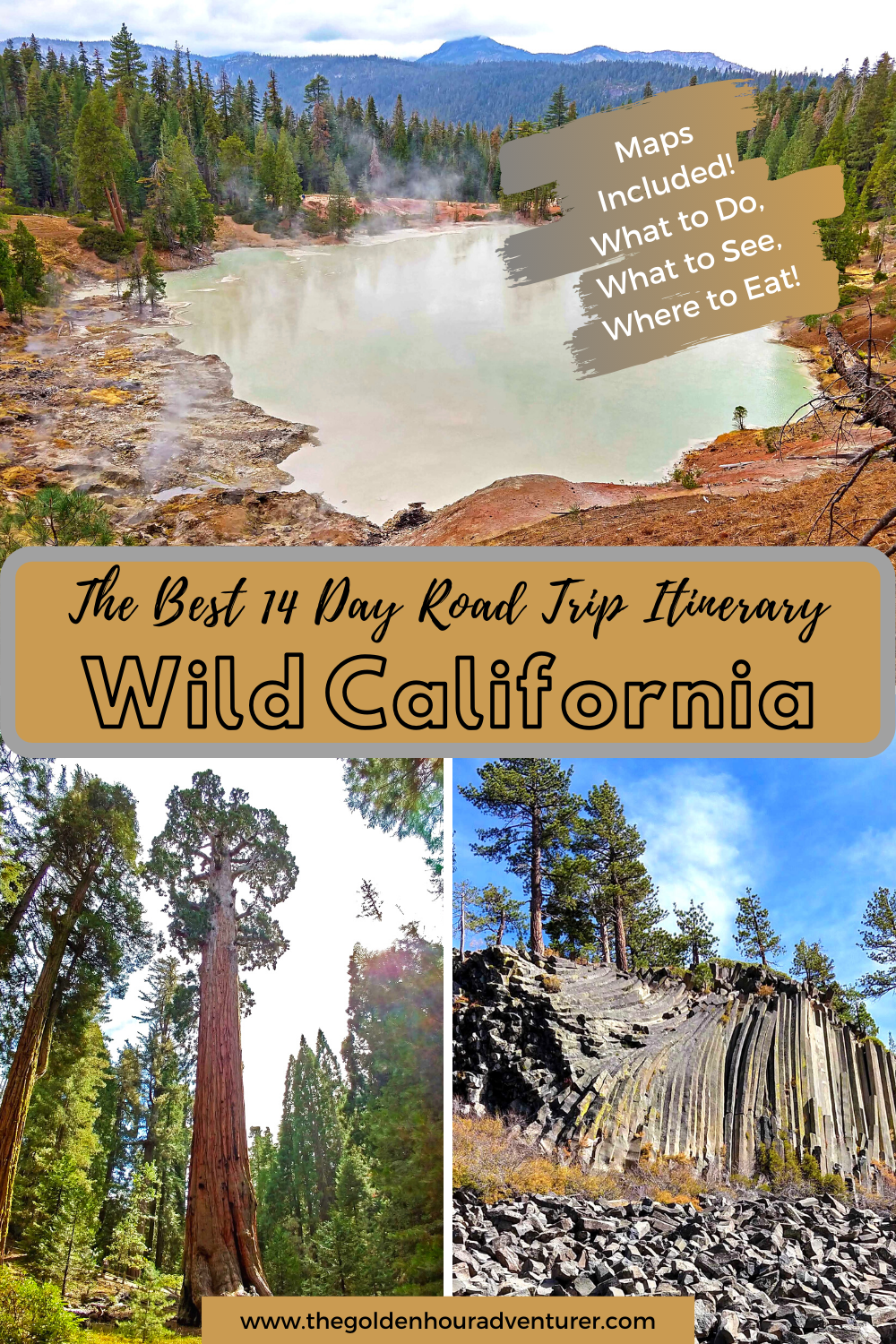 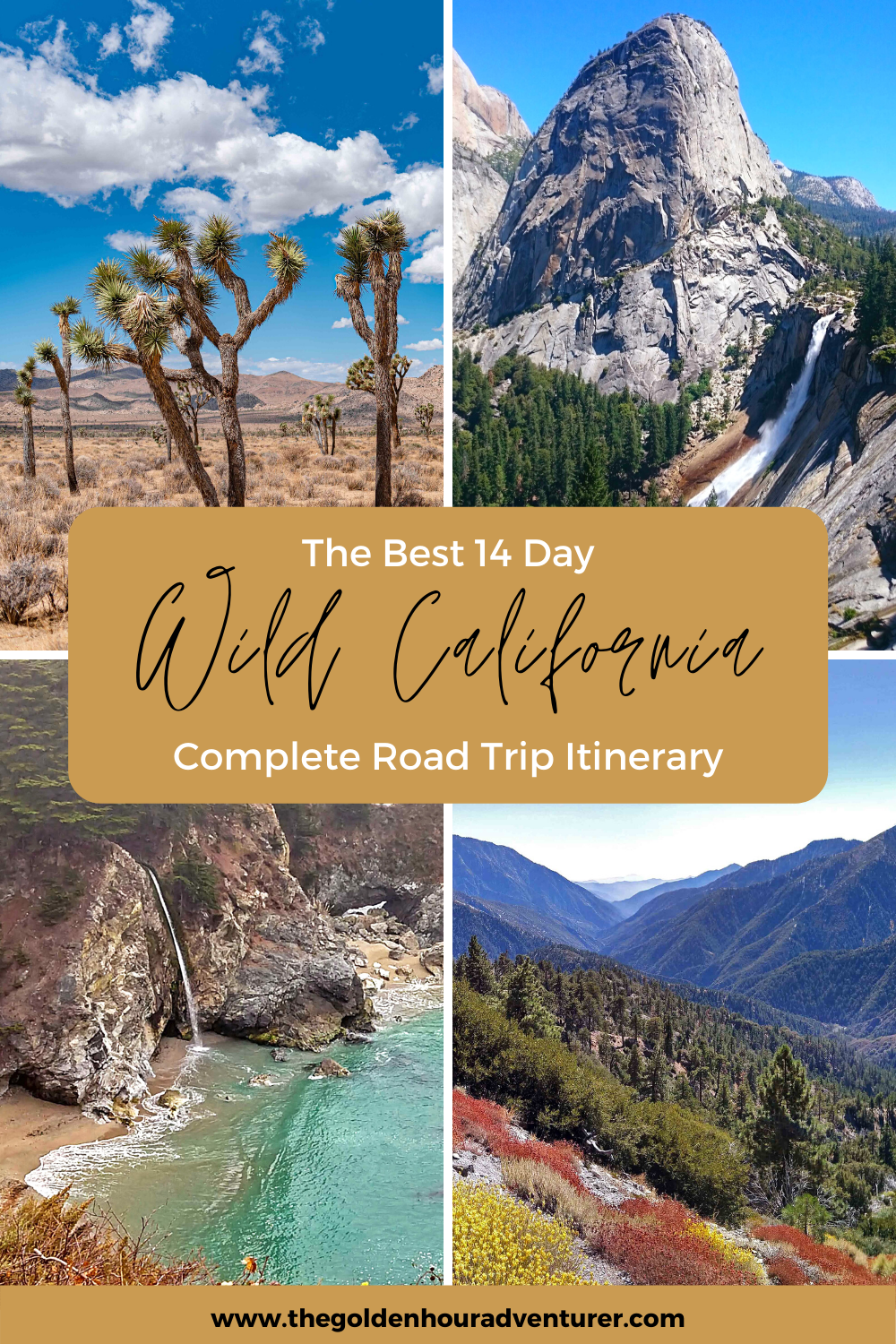 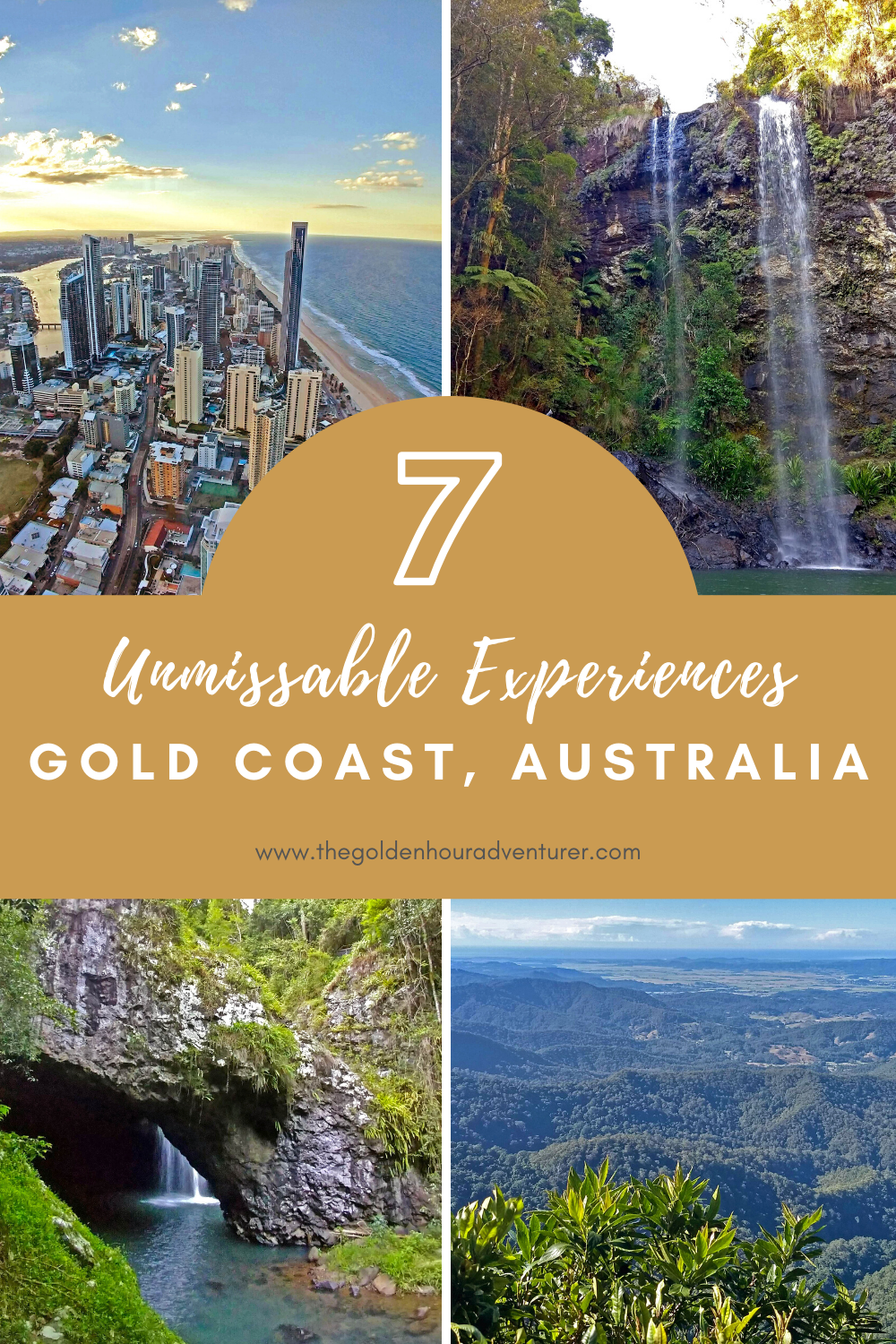 Kauai is one of eight major islands in the Hawaiian island chain and is the fourth largest. "The Garden Isle" is an appropriate title...
Read more

Why You Should Visit Biltmore Estate in the Fall

Visiting the Biltmore Estate in the Fall is the best time to explore the largest home in America! Located south of Asheville, the Biltmore...
Read more

There are countless bucket list experiences in Oahu! Whether you're a solo traveler, romantic honeymooner, or a large family with energetic kiddos, you'll find...
Read more

For affordable and unique lodging, try Airbnb and save $55 on your first stay. Use my referral code below by clicking Book Your Stay!

23 Foods You Must Eat in Oahu, Hawaii

The Best Tours at Kualoa Ranch

15 Restaurants You Must Try on the North Shore in Oahu

12 Best Eats in San Antonio that are NOT on the...

Sign up for my free road trip packing checklist! You can hit the road with confidence knowing you have everything you need for your epic adventure!